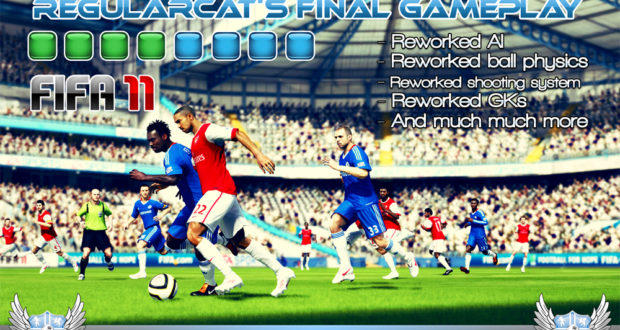 Our gameplay maker regularcat prepared the final version of his gameplay that will surelly change your gameplay experience in FIFA 11!

– Reworked the AI’s support efforts both on the attack & on the defensive, making smarter runs
& overlapping runs creating lanes for passes, defenders rushing back to cover areas & passing lanes
in better position to make a play on the player or the ball

– Reworked the GKs, they are smarter, make better decisions & position themselves much better

But be aware that effect will vary based on the db being used in your game,based upon traits & attribute ratings!

Enjoy and have fun!