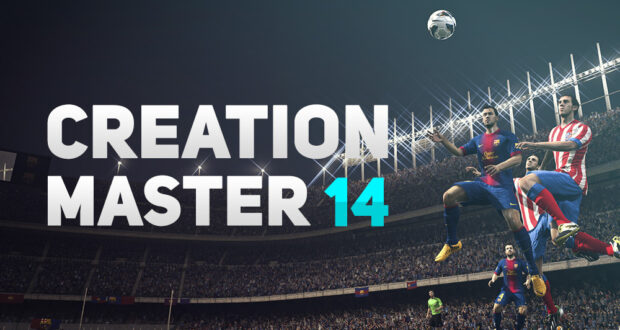 Compared to the previous version of the tool, here are the new features:

In the main menu you can find “UG Content” with two submenus: “Import DB Only” “Import DB and Kits” and “Import KITS only”. Before to use this feature you have to download from the Creation Center of EA Sports a team or a league. It is saved as a file in your “Document\FIFA 14” folder with a name UG.. something.

Click UG Content – Import DB and KITS, select the UG file and just wait. It takes some time to create all the kits but at the end you will see the content of the UG file importent in your database.

If you want just to take a quick look, select “Import DB only”, it is much faster and you can later “import KITS only” or just exit without saving.

Using a patch of the file “managermodeseasonobjectivemanager.lua” it is now possible to play a league with any id in career mode. Doing in this way there is a limitation in the assignment of objectives. Instead of using the patch, you can switch the ids of your new league with the id of one of the leagues originally present in the game. For example I have created the new Greek League and I want to play it instead of Airtricity League. Select Super League in the League form, in the box “Switch League Id” select Airtricity League and then click the big button with the two arrows.

This is the major news of CM14 and it is quite complex. I will drive you through the main features with an example: I suppose to have already created a new league for Greece and now we are going to edit the tournament structure.

Change the 4 chars name to “GREE”

Select back Greece, in the combo Box select “Super League” as the target league then click the the “Paste Trophy Button”

now we have to adjust some data manually:

in the Trophy Structure page entry Short and Long Name

in the Trophy Ranking Table page select the initial teams

In the Trophy Graphics page

we can skip this for the moment and load the graphics later. FIFA 14 will provide default graphics instead.

How to Activate a National Team – New Feature

In order to add a National Team in career mode you have, of course, to create the team and then do the next 4 steps:

1.      In country form activate the team as the national team of a country and specify the targets for World Cup and Continental Cup.

2.      In League form you have to add the team to the list of National Teams, take note of the total number of national teams because you need this for the next step

3.      In Competition form, select the International Friendly, go down to the group and select the correct number of teams.

4.      Last but not least you have to modify the International Competitions so that the new team appears as a participant. In this case I cannot give you detailed instructions because it depends from the confederation. As an example you can add your team to G3 of European qualifications.

I tested and it works so… good luck!

In FIFA 14 it is not possible yet to add or remove audio associated to a player but we can work a little bit with the existing samples just modifying the database. A player can have an audio if:

1. the audio is associated with the player-id (specific audio)

2. the audio is associated with the common-name or the surname of the player (generic audio)

The only way to activate the first kind of audio is to change the player-id, at the moment is not possible to use a specific audio for more than one player.

Instead the generic audio is controlled by a table in the database (playernames) that associates with each name an identifier of the sound as a number in the range 900.000-965.000. CM 14 allows to modify this association.

In the database there is another table (commentarynames) that works like a kind of name dictionary, the fact that a name is listed in this table actually does not affect the possibility to hear the audio but it is very useful for having a list of the potential names available in the game. Unfortunately the fact that a name is in this table doesn’t mean that the sound is audible, it depends from the commentary language you are listening. On the opposite it could happen that a sound is present in the commentary but not listed in the commentarytable 🙂 The only way to know if an audio is present in your commentary is to play a game and listen to the commentary, if the name is called or not. When you know that a name is called you can use it for more players.

Let’s do another example: in the name dictionary there is the name Zalayeta associated with the id 46847, I have added a patch of Liga Uruguaya including a player called Zalayeta but with a player-id of 200198. Changing the player id of this player to 46847 the commentary is audible in game.

When using Open – FIFA 14 the program crashes or it appears the message “fifa.fat not found”

Probably you do not have a regular installation of FIFA 14, try using Open – Select All

CM 14 is for editing PC version, XBOX is not supported.

When using CM14 I cannot see players or team previously modified with FIFA 14 internal editor. Why?

Editing with CM 14 and in-game editing are incompatible. This is not a bug, it is the way FIFA 14 works. When you start to edit with CM14 you should remove squad files from the folder Document\FIFA 14. You can make in-game editing on a version of FIFA modified with CM14 but, if you use CM14 again, you are going to lose all your in-game editing.

Can I import files from previous FIFA versions, like head models or textures ?

No. Rx3 file format in FIFA 14 is different, therefore you cannot import directly any Rx3 file from FIFA 13 like 3D model or textures. You can instead import bitmaps.

I change the order of the bench players and save but, when I reopen, the order is not saved.

In the database all the bench players have the same description, there is no way to discriminate the order in the bench.

Some boots and some balls do not have a name but appear as a generic Shoes n. X or Ball n. Y.

Those are shoes (or balls) present in the game but not described by a string in the language database. You can add it.

Why can I only work with the default squads and not the updated ones?

More: every time you modify the default database all the files created with a previous database become unusable and the game ask you if you want to delete

Which files I need to backup for my edited data to remain?

CM14 works with the files in these folders:

Main Team Logo is automatically resized to 256 x 256 this allows to import pictures of different size like, for example, the logos available at soccerway.com

Only one competition stadium is saved instead of the full list.

CM may crash when deleting a nation in competition form.

Changes to weather of a stadium are applied only for night games and not for day games.

Added the possibility to edit short name and abbreviation for countries.

Crash when assigning a stadium in the competition page

Ball assigned to competition is not saved in the database.

Creating a team without players caused its id to be decreased of one when saved.

In the Country form, added the possibility to edit the target of the national team for world cup and continental cup (saved in internationals.txt file)

In the Newspaper form: added the editing of the “news sponsor” logo.

In the Stadium Form: added the editing of police texture.

Added the Manager Form with the editing of manager textures

The FIFA 14 tournament systems has some limitations:

In order to play in career a new league, you must assign to the new league the id of one if the original leagues. There is some activity in the Community in order to find a workaround for this problem.

The number of entries in the compeobj.txt file is limited to a number in the range 1760-1780 the actual value is not known. When you reach this limit the game crashes at the beginning of a new career. The only way to avoid this, at the moment, is to reduce the number of competitions.

Also the schedule.txt has a limitation that is around 5000 entries.

If a Country is not in the scout.ini file (in the Game\dlc\dlc_FootballCompEng\dlc\FootballCompEng\data folder) you cannot play a league in that Country. This is the case for example of Ukraine. The file must be edited manually.

Other files the same folder that may require manual editing are:

Crash before that the progress bar is showing: some memory limit has been achieved, for example, too many compobjs

Crash when the progress bar is about 70%: some problem with national competitions, like for example league or domestic cup.

Crash when the progress bar is about 90%: some problem with international competitions, like for example Champions League or Europa League.

FIFA 14 has some limitations about the possibility to expand a career with more leagues and more countries so be sure to download the Extend League ID Patch!