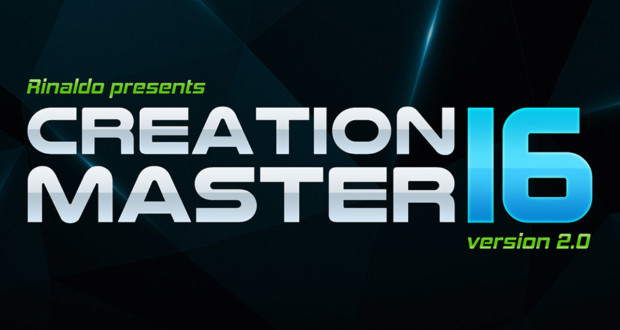 Welcome to CM16 2.0. The fact that it is not possible to patch FIFA 17 convinced me to upgrade the CM16 adding some new feature. The most important is the ability to connect to transfer market web site and import teams and players form the web. Another relevant new feature is the possibility to edit many images and icons used in the user interface menu, so you can give to FIFA 16 a pretty new look.

Several other features have been added to make the editing process simpler and faster. Enjoy!

Added a control for setting the league prestige, this data will be recorded in the file “international.txt” and is necessary for getting a job offer from that league. If you create a new league, select the value using as an example a league existing in the original database.

When you are in the Roster page and select a player from the list, you can do several actions just typing keys:

The key > Increases the contract year

The key < Decreases the contract year

The key + Increases the overall value

The key – (minus) Decreases the overall value

The key . (dot) will change the color of the name, this is useful for marking a player during an editing session. This information is not saved in the database and is lost when you exit CM16.

In this page you can change the images used at startup, in the menu or the icons. The imported image must have the same size of the original image but not for the icons. All the imported cons must be 256 x 256 pixels.

This page will open a web browser, Click the TM icon for connecting to transfermarket. The program recognizes when you are on a page that can be imported:

The icon for importing the data will become active, clicking the icon a dialogue box similar to the one for importing a CMP patch will be shown.

New players are created assigning an overall that depends from the market value and the age (plus a small amount of randomization) and the player appearance is generated randomly.

It is now possible to update your database using an online database of FIFA 17.

The Tools menu contains some actions that you can do for improving your database.

This menu fixes some of the most common problems in the database like:

For people who loves work with excel it is possible to export a CSV file with all the rosters, edit it manually in Excel and then import back data.

One of the biggest limitation of FIFA 16 is the fact that the playernames table may have only 29000 entries. In order to limit the number of names some riles are applied depending form the nationality of the player.

This menu will compact the size of the playernames table so it has no holes.

Remove Fake Players from the Database

The original database contains many fake players (typically for filling Brazilian teams). This menu will remove them from the database.

The good, old Creation Master is back this year as well!

I have not a lot of free time so this year I am quite late.
I also had to close the fifa master web site because I have no time to maintain it, now my tools will be hosted here at this page on FIFA-Infinity.com!

WARNING! – Editing FIFA 16 could damage your installation of FIFA 16. It is strongly recommended that you make back-up of your FIFA 16 files before to start editing.

Each team must have its own formation. A team cannot use a generic formation.

When a new team is created the current team is used for presenting some data and, if the players are created, a roster with “similar players” is generated. Where similar player means a player with same age, role and nationality but a different look.

CM 16 support some of the automated features of the RevMod patch. For Teams it is possible to do the following:

these features are available in game only if the RevMod patch is installed.

In CM 16 it is possible to set the Gender (male or female) and the “emotion” of the player.

Stadiums have only day and night versions (no sunset nor distinction between clear and overcast days).

FIFA 16 supports 9 different types of weather and the probability can be set for each Country.

CM 16 support some of the automated features of the RevMod patch. For Tournaments it is possible to do the following:

These features are available in game only if the RevMod patch is installed.

CM 16 support some of the automated features of the RevMod patch. For Kits it is possible to do the following:

These features are available in game only if the RevMod patch is installed.

Can be specified the audio.

When using Open – FIFA 1X the program crashes or it appears the message “fifa.fat not found”

Probably you do not have a regular installation of FIFA , try using Open – Select All

CM 16 is for editing PC version, XBOX is not supported.

When using CM16 I cannot see players or team previously modified with FIFA 16 internal editor. Why?

Editing with CM 16 and in-game editing are incompatible. This is not a bug, it is the way FIFA 16 works. When you start to edit with CM16 you should remove squad files from the folder Document\FIFA 16. You can make in-game editing on a version of FIFA modified with CM16 but, if you use CM16 again, you are going to lose all your in-game editing.

Can I import files from previous FIFA versions, like head models or textures ?

I change the order of the bench players and save but, when I reopen, the order is not saved.

In the database all the bench players have the same description, there is no way to discriminate the order in the bench.

Some boots and some balls do not have a name but appear as a generic Shoes n. X or Ball n. Y.

Those are shoes (or balls) present in the game but not described by a string in the language database. You can add it.

Why can I only work with the default squads and not the updated ones?

More: every time you modify the default database all the files created with a previous database become unusable and the game ask you if you want to delete

Which files I need to backup for my edited data to remain?

CM16 works with the files in these folders:

Why can’t I run the program on Windows 10?

You need to have Direct X installed in order to run it. Also open the program as administrator.

Creation Master 16 (CM16) is freeware and is provided ‘as-is’, without any expressed or implied warranty. In no event will the author(s) be held liable for any damages arising from the use of this software.

Special thanks to Malloc84 for finding the EASF decryption algorithm, gregkwaste for providing the LZMA decompression program and to Scouser09 for developing the RevMod patch that, this year, is supported by CM16.

A player skill set to 99 could not be displayed without the numeric value.

Skill Moves range changed to 1-5 (instead of 0-4) so it fits the number of stars.

Fixed a bug that removed from the database the colors of generic shoes.

Fixed a bug that removed the Shop Package from shoes, this caused a crash, for example, when creating a player. The shoes that are in a Shop Package can be used for in game editing only if the package is purchased.

Fixed a bug, introduced in Beta 3, causing CM crash when loading the face texture of a newly created player.

Importing face technique from FIFA 15 was set back to Beta 2 method that has a better success rate compared to Beta 3 method (eyes positioning problem is fixed).

Allowed the possibility to create GK Home, Away and Third kits as well as Training Home\Away kits. This feature requires RevMod

The Country of some the teams that play in a League with a different Country (e.g. Canada, Wales, ..) is now preserved.

Added the stadium preview picture for overcast and sunset.

Face textures Normal Map are shown when present and can be replaced. Normal map is saved on R and G channel, blue and alpha channels are set to 255.

Resolved a bug, in competition editing, that caused the entry “ClearLeagueStats” to appear more than one time for the same league.

Avoid to open Big and Bh files with length equal to zero.

Importing heads from FIFA 15 can produce heads that, in game, look bad even if the preview in CM16 is good.

Bitmap two of face textures imported from FIFA 15 (black and white) should be manually replaced with a similar bitmap got from a FIFA 16 face (blue, yellow and white).

Kit Link from Team Page: from the Team Page it is now possible to jump quickly to the kits.

Crash while opening Premier League in tournament tab due to the money prize value.

Installation package modified in order to allow writing to the CM 16 installation folders.

The competition file subfolders (FIFA 16\dlc\…) are automatically created if they do not exist.

When you try to remove team, it appears a dialogue asking if you want to remove players, if you click cancel neither team nor the players are removed (in Beta 1 the team was removed anyway)

Updated the player Overall computation formula (according to fifaccittiu values)

Female hair model was not selected correctly when the player is loaded.

Cloned stadiums crashed in game. This was due to an error in the cloned glares files.

This feature will allow to recover situations in which the BH files are corrupted.

Player Skills Randomization: physical skills (acceleration, sprint, stamina, strength) have been allowed to achieve higher values also for players with low technical skills. Potential depends more from the age and the current overall, if the player is young the difference between his overall and his potential can be higher.

Player Transfer\Loan: added a control for setting the transfer date to be used when a player is transferred or loaned. Added the buttons for Loaning a player, the loan end date is set by default one year after the transfer date but can be changed in the Player Page.

Player Heads: 3D models can now be imported from FIFA 15, both in Player Page and from CMP patch. 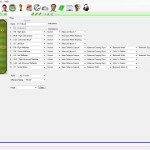 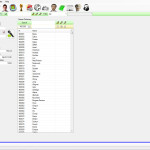 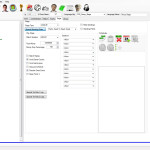 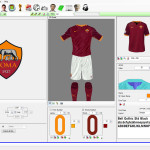 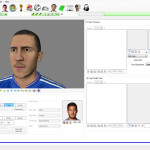 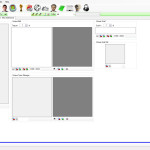 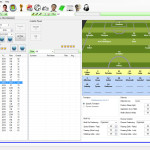 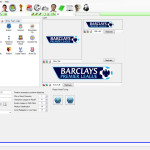