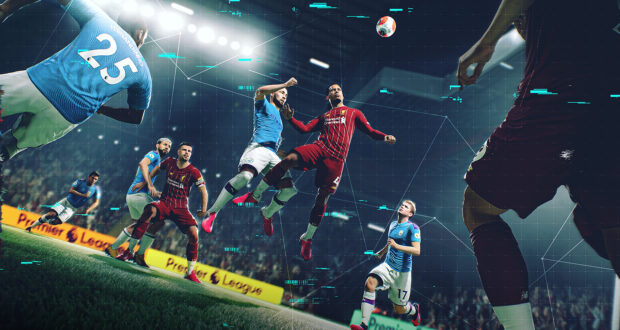 Hello and welcome to the latest Gameplay Mod for FIFA 21.

This mod is covered by the Apache License V3

Version 5 is designed to be more realistic than difficult. This subversion is designed for those who enjoy CPU v CPU, “lock to player” or Player Career.

Assisted Settings: Semi Assisted / Manual. If you find that too difficult try Assisted.

– Complete redesign of movement speeds, directly comparing to players in the Euros (V5)

– Increased the difference between fast and slow players by 20% (V3)

– Increased the time it takes to turn 180 degrees by 100%, gradually decreasing by the Agility/Dribbling of the player (V3)

– Increased the amount the AI attempts a tackle (V1/V4)

– Decreased the time the AI takes to attempt a pass (V4)

– Removed the amount of assistance given to “assisted” shooting, this allows you to aim for the corners of the goal (V3)

– Automatic blocking and AI blocking has been reduced by 800% (V1)

– Positioning of defenders now follows the formation much more, preferring to stick to their position, rather than leave space (V5)

– Goalkeepers will now try to catch a ball much more (V3)

– Goalkeepers will now rush out on one-on-one situations (V3)

– Goalkeepers will now protect their near post much more (V4)

– All players are much more likely to make a mistake when passing, increasing the chances when of low short passing attribute (V1)

– Increased the chance for a foul to be called (V1)

– More midfielders will help out the defence when defending (V1)

– If playing a slow tactic (like Possession), your team will move up the pitch much more slowly, allowing for a calm approach to the game (V3)

– Have decreased “fast build-up” move up speed, so the team has players to pass to when a defender is in possession (V3)

Copy the locale.ini to the Game’s Data folder, overwriting the original.

Import the .fbmod into my latest launcher and click launch.

If you are using the launcher for the first time. Please be aware there is an initial setup that can take up to 15 minutes. After the initial setup, the game will load within 1-2 minutes on any subsequent launches.